No Result
View All Result

DC Future State: What You Need to Know

1.3k
VIEWS
Share on FacebookShare on TwitterShare on LinkedIn

For the third time since 2011, DC is rebooting their universe—albeit temporarily. DC Future State is a two-month, full-line event that offers “fans a glimpse into futures both near and far” and is a complete reimagining of the current DC comics universe.

Jon Kent, Clark Kent/Superman and Lois Lane’s son, will be taking over as Superman (and was previously Superboy). The identity of the new Batman is currently unknown, with speculation pegging him as Luke Fox/Batwing. There will be a new Brazilian Wonder Woman named Yara Flor. Andy Curry, the daughter of Aquaman and Mera, will be taking her father’s spot on the League as Aquawoman. Jo Mullein, a Green Lantern from the currently running book Far Sector, will be representing Green Lantern. Finally, Jess Chambers, whose aunt is Jesse Quick/Liberty Belle/Jesse Chambers and who is non-binary, will be taking over as the Flash. 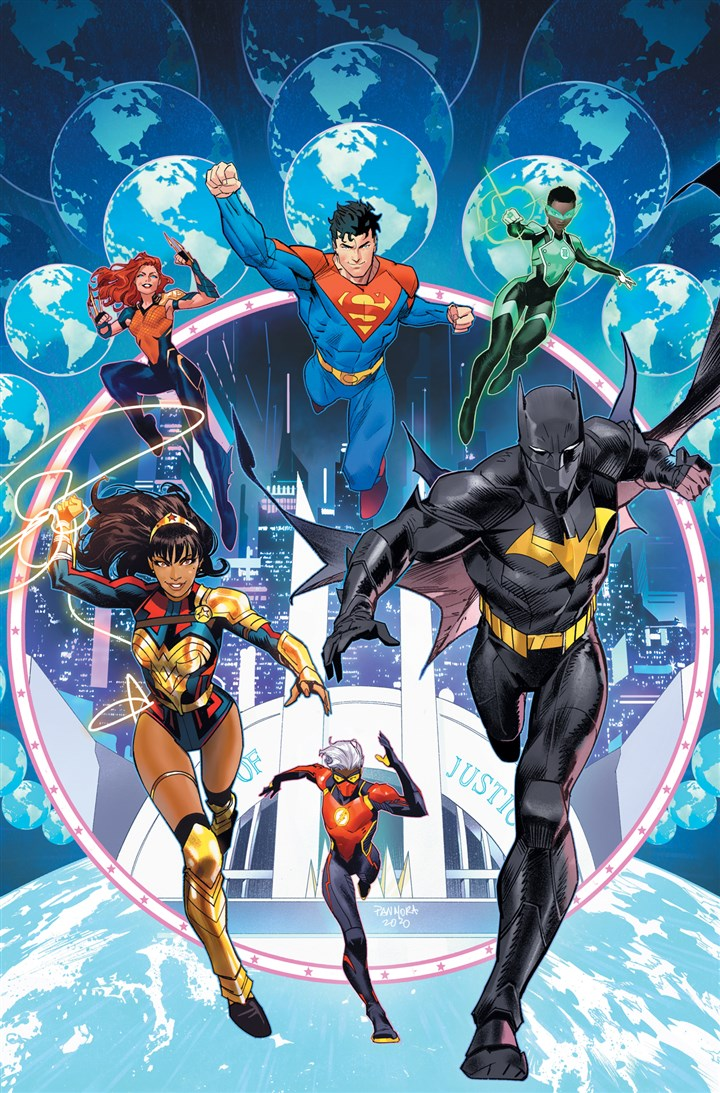 The introduction of the new Justice League is matched by many other changes to the status quo. Future State’s Gotham City will be controlled by the Magistrate, who keeps everything under surveillance and has outlawed vigilantes. Despite this, a Batman team continues to fight against the Magistrate’s reign of terror, while Batman/Bruce Wayne, who is presumed dead by the Magistrate, continues to fight them under the new mantle of Dark Detective. Superman, due to a crisis in the near future, is forced off Earth and travels to Warworld, while his son Jon takes over the iconic mantle. Barry Allen/The Flash is cut off from the Speed Force, the source of his powers. The Green Lantern’s power source, the Central Power Battery, is dead. Finally, Amander Waller is using a new Suicide Squad that is composed of characters who look like the Justice League on Earth-3. From a cover released by DC, there also appears to be a Flash/speedster with prosthetic legs. And these are only a handful of the many changes that will occur in DC Future State.

DC Future State is likely based on DC Comics 5G, an event that was teased and headed by Dan DiDio, who recently left the company. While the changes in DC Future State are a large shake-up of the status quo, normal comics and arcs will restart in March. How much of DC Future State will become permanent or come into mainstream continuity is unknown. However, DC has confirmed that a series about Yara Flor, the new Wonder Woman, will start after Future State.

Get The Thinker in Your Inbox

No Result
View All Result